Hercules Hose is a lightweight steel covered garden hose that will not tangle or kink. Does it work? Read my Hercules Hose review.

Hercules Hose is a sturdy and flexible garden hose that has an outer casing made of interlocking steel armor. The product website is buyherculeshose.com, which was first registered in January 2017. The screen shot below shows how the product website looked in April 2017. Hercules Hose is advertised as “a hose just as tough as you are.” This steel hose is said to be free of kinks and tangles, while able to withstand extreme conditions.

If that seems familiar, you aren’t mistaken. This is the fifth such hose to appear in online advertising in 2017. Prior to Hercules Hose, I’ve seen Bionic Steel Hose, Flex Steel Hose, Forever Steel Hose, and Metal Garden Hose. Read my blog post on the current breed of 2017 “As Seen on TV” hoses.

It is a common occurrence to see very similar items marketed by competing As Seen on TV companies around the same time. That’s why you see such items as Turbo Scrub, Scrubtastic, and Hurricane Spin Scrubber all appear at the same time. Or Copper Crisper and Gotham Steel Crisper Tray.

Now we have a slew of metal garden hoses, all of which seem to be similar in design and in price.

My first tests with Hercules Hose found it to be durable as advertised. After several durability tests, I’m quite pleased with its performance. In addition to being durable, I’ve found it to be lightweight, weighing in at about 5 pounds for my 50-foot hose.

I was a bit surprised that the hose sold in stores does not come with a nozzle, although the online offer does include a nozzle. It does, however, include a handy reel that lets you keep it stored neatly away.

Regarding the claim that it stays cool in the sun, I think that is somewhat accurate. It doesn’t really stay cool, but it doesn’t get too hot. I’ll keep testing this as it heats up in Las Vegas, and update this page if anything changes.

Keep in mind that while you can’t really kink a metal garden hose, you can easily find it in knots. It’s been a few months since I first brought home a steel hose and so far it has performed excellently. The Hercules Hose connectors. It doesn’t come with a nozzle in stores. When I tapped on Hercules Hose with a hammer, it quickly became indented.

I still need to find out how well these hoses hold up through a blazing hot summer here in Las Vegas. Such a harsh environment can destroy a rubber garden hose in as little as a few months, so I will be curious to see how well a metal hose can hold up. So far, with temperatures only in the 80’s, it seems to be holding up pretty well.

It may be worth noting that you are not supposed to drink through these hoses, but the instructions don’t state why that is the case.

Be sure to check out my full Hercules Hose review below. Later this summer I’ll do a comparison with Hercules Hose and Metal Garden Hose, and I’ll ramp up some of the durability tests as well.

2019 Update: My Hercules Hose finally burst in June 2019. It stayed out on my back patio, along with the Metal Garden Hose, for over two years. It was exposed to high heat in the summer, below freezing temperatures in the winter, along with being walked on by humans and dogs. It seemed to burst in a random spot when I went to use it. I had used it the previous day with no problem. The Metal Garden Hose continues to function properly.

Of all the metal hoses on the market, Metal Garden Hose is the most visible. You can find it in stores and online, and reviews are mostly positive. You may be interested to see my hands-on review of the Metal Garden Hose, which is nearly identical to Hercules Hose.

What do you think of Hercules Hose? Tell us what you think by leaving a comment below and a star rating above.

I bought the metal garden hose. Good product, is as was said in the commercial. However, it comes only in 1/2″ in diameter. I would like a larger diameter, 5/8″ as regular rubber hose.

i am wondering if this hose can be used to hook up to a boat or rv as a water supply line. we do not drink the water in our rv but we use the water to brush our teeth and shower and to wash dishes. would this hose be safe for that

A question I have before even trying one is why the warning about drinking? What will that do to plants? If you can’t drink out of it is it safe to water your growing food with or will it cause some kind of toxicity problem?

I think one reason they don’t people drinking out of a hose is because the “things” that can grow in a hose. One of my hoses stated to that affect.

No. I wouldn’t recommend it. Diameter of the hose is too small for pretty much anything

so does anyone have the answer too mine and grumpier’s question???

I bought one of the 75 foot ones and the male end blew off. The way it is constructed, there is no way to fix it. I called the customer service number and complained. They sent me a replacement and guess what? Same thing. The male end blew off! again! For information, the metal outside covers a plastic tubing inside. The brass (?) ends are pressure fitted on over the tubing and inside the metal exterior and obviously it ain’t too well constructed.

This hose is 100% garbage! Do not waist your money. The blaster is 200% garbage. This company charged me for overnight shipping and expedited shipping when I did not authorize it. I Have very good water pressure, and the small diameter of the hose does not allow enough water volume to run a pressure washer correctly. Now I am paying to return this garbage. Lesson learned I guess

Not impressed at all. They tout how it is indestructible….appearently a Dodge ram driving over it on the lawn doesn’t count! 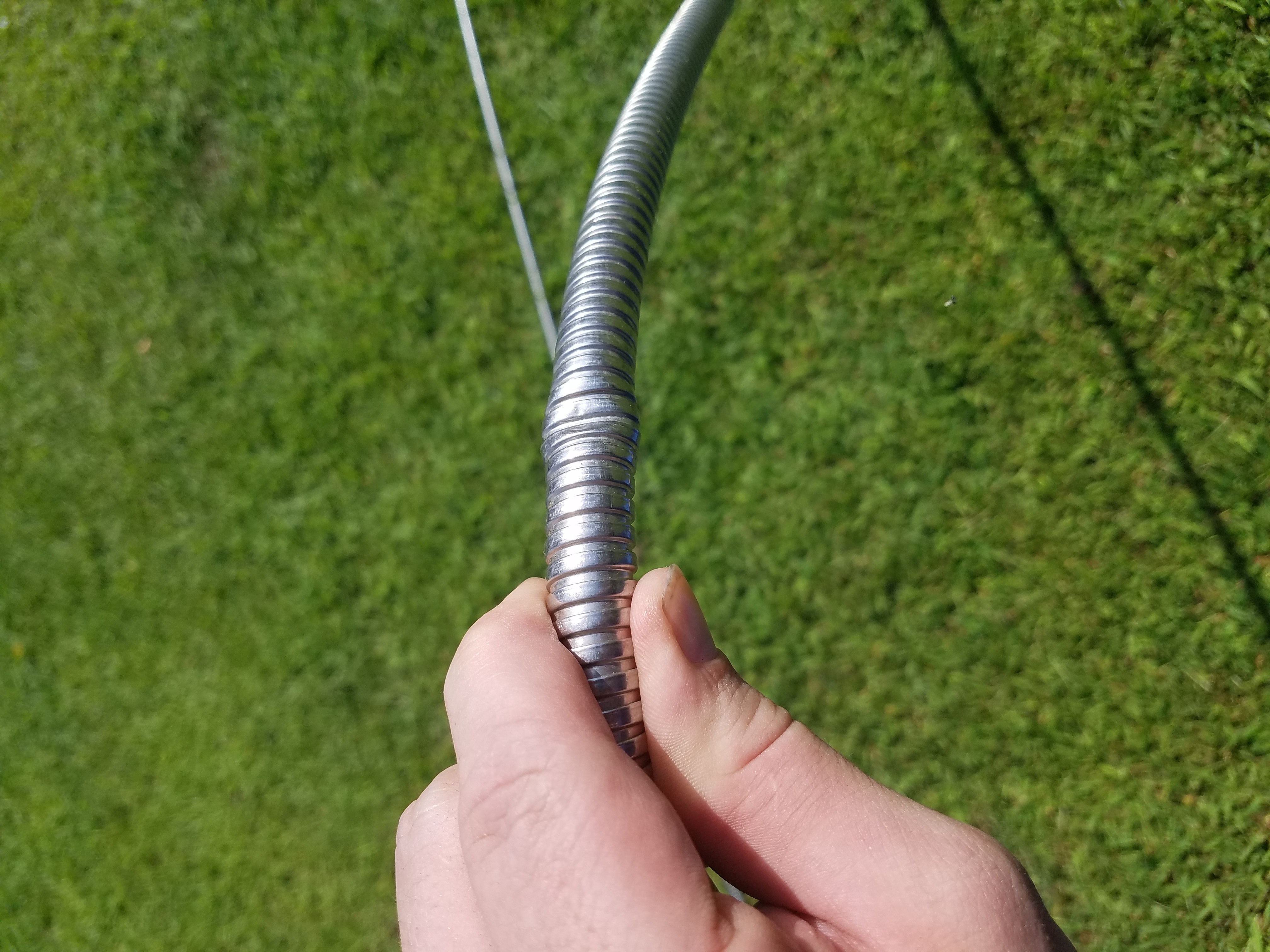 Huh ! Soooo my husbands truck would really wreck it !!! LOL

My dog bit threw it so it is not the strongest.

Poor pressure, called customer service 8 times with no answer. On both my hoses the steel unraveled at the fitting with no way to repair. To send back is $78.00 for a 20.00 refund.

It worked fine for awhile but how acts like hose with a kink. Had to use a compressor to get good flow. Still not convinced.

I purchased the hercules garden hose and what a piece of junk. Extremely false advertisement .Stay away and dont buy, save your money! Garbage!!!!

This hose is a piece of crap just like all of the other lightweight hoses they try to sell you. I’ve had two and they mysteriously start to leak after a short time. I don’t even put it in the las Vegas sun or on cacti. As desperately as I’d like a lightweight hose that actually lasts more than a season, I think this is it for me. Take it for what it’s worth.

The Hercules hose is only a weak polyethene tubing sheatherd by metal. Mine burst after one month of use. SO i took it apart to look inside.