By: James White
In: Accessories
With: 13 Comments

Climb Cart is a 6-wheel folding cart that can “climb” stairs with ease. Does it work? Read our Climb Cart review.

Climb Cart is advertised as a climbing cart that reduces the effort required to carry items up stairs. The official product website is getclimbcart.com, which was registered in September 2016. You can see a screenshot below of the official website taken in October 2016. Climb Cart is among a new breed of “climbing” carts which sport a 6-wheel design that allows it to traverse stairs or small obstacles with ease. The cart features three wheels on each side, which rotate grab and rotate whenever a stair is encountered. This allows you to pull the cart up stairs with less effort than traditional carts.

In short, I do like the design of Climb Cart, and other products like it, which are discussed below. The rotating six-wheel design does make it significantly easier to move objects up stairs than with a dolly or standard cart. It can also be folded into a compact size so that you can take it with you in the car, or stowed in a small space.

Climb Cart can’t take the place of a heavy duty dolly, as it has a weight limit of 75 pounds (original advertisements stated the limit was 100 pounds). For small jobs around the house, groceries, and laundry, Climb Cart should be more than sufficient. It has been my experience that climbing carts work better going up stairs than going down stairs. When going down, you may still find yourself bending over to hold the handle. If you have a heavy load, you’ll still have to use some strength to pull the cart up, or to help it ease down. In that respect, the advertising seems a bit idealized, but I still think most people will find it useful.

Perhaps the area of the most concern is with the handle when moving a heavy load. I found that it tended to bend when I had 60 pounds on the unit, and it even felt like it might break. Be sure to see my video review Part 2 below for my weight test.

Climb Cart is now available in stores, as of May 2017. I suggest purchasing locally to sidestep shipping delays, although if you do want to order online, BulbHead has made shipping free for this item.

I think Climb Cart will garner mostly positive reviews due to its effective design and competitive price. It is best suited for lighter moving jobs, but it performs those quite well. You may have seen another “climbing cart” advertised on television in recent months called UpCart, which I reviewed here, or you can view more info about UpCart on Amazon here. There are also several other stair climbing carts on the market.

Below you can find both of my video reviews of Climb Cart.

Have you used Climb Cart? Let us know what you think by leaving a comment below and a star rating above.

Interesting compact design from the original full size dolly that had the same number of wheels. A friend of mine has a full size dolly of the same design that he acquired 20 years ago and still uses it to this day. But this one is nice for portability and storage.

3-star rating on AMAZON indicate the stair climbing carts do not work well on open stairs. I think all the ads show closed stairs.

I just got mine and used it once. For me it’s not as easy going upstairs as claimed.

Do Not Buy!!!! I just used for first time and the bag fell apart. I bought this after a hysterectomy to bring my groceries up stairs. I tried to continue and it was impossible le to pull. I had leave groceries at bottom and bring up a few at a time. I only had 2 bags in it. I include a picture to show. 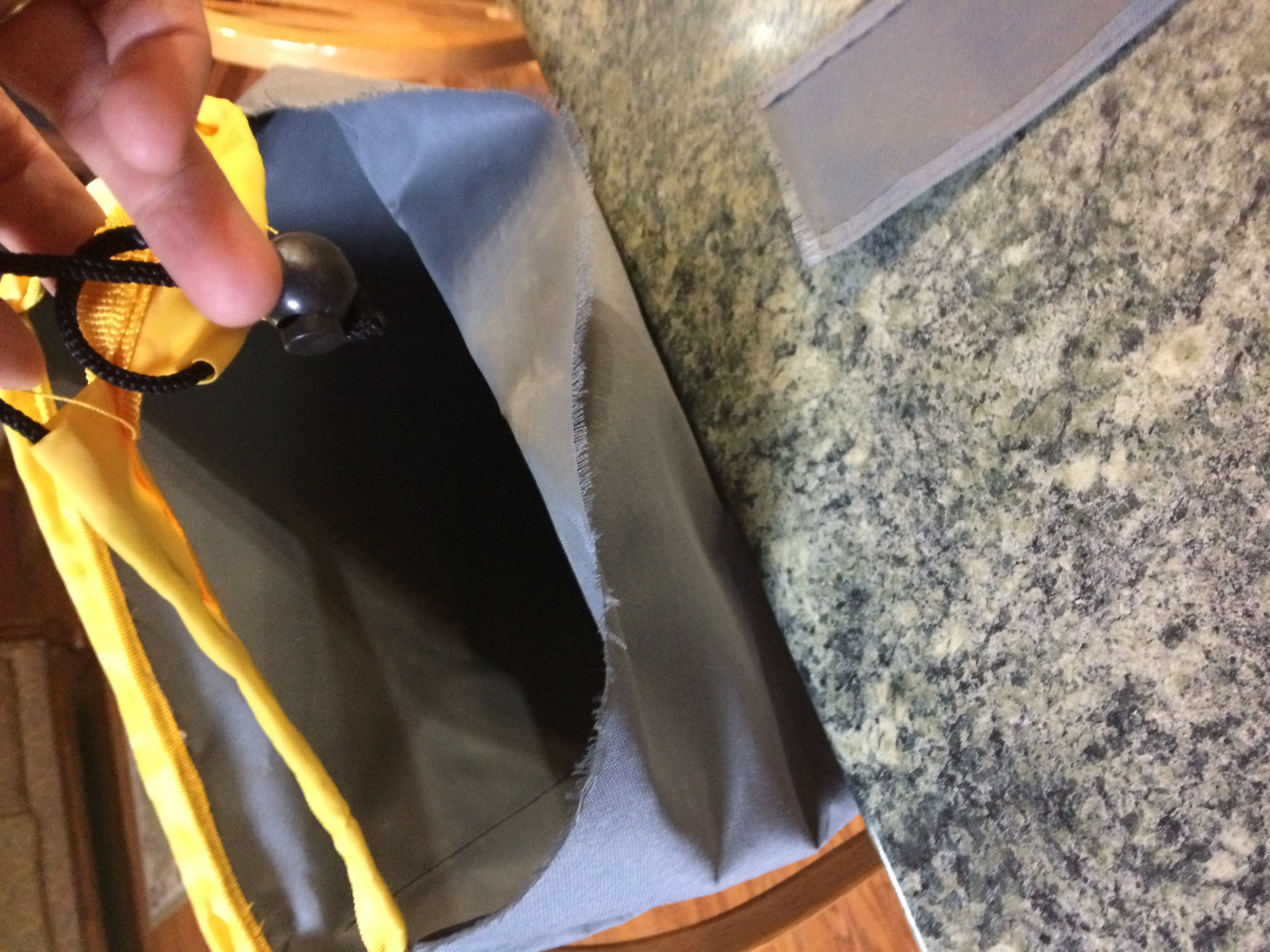 It’s wheels works as advertised, BUT, the handle is just not long enough. You must bend over in order to operate the cart going both up and down the stairs. If the handle was about one foot longer, you would have greater control of the cart. My advice, Don’t Buy

it doesn’t work at all, tried it twice, laundry fell off went all over foyer floor, same thing with grocery bags, fell off, this time a lot of damage, broken eggs,broken dishes.. do not buy biggest scam ever !!!

Weird comments. Did you have the bag, or just pile your laundry and groceries on the platform?

Wow 😳 Looks like a Fidget spinner climb cart to me, looks like it will break easily. It doesn’t look like it will do much. It may fall apart while going up to many stairs.

It “looks” like it will break easily? If you haven’t even tried it why are you commenting?

Agreed. If you do not own one, Betty, do not critique. We thank you in advance.

I’m 70 and have congestive heart failure, besides I also live in an upstairs apartment with a lot of steps. It was almost impossible to get groceries up the steps and laundry down to the washroom and back up without getting totally exhausted. I decided to try the climb cart and I am totally impressed with it and so glad I got it..it has improved my life dramatically..

This article contains a mix of photos of UpCart and ClimbCart. Text is about the smaller but in our minds more versatile ClimbCart. The UpCart is much wider, heavier duty, and more than 2x as expensive. The ClimbCart fits down the aisle of a commercial airlines in the US (barely) and on most buses, too. The UpCart will not fit in an airline aisle. Version of UpCart we have carries up to 75lb (but I’d stay under 50lb) the ClimbCart version we have handles up to 100lb and really does handle 100lb capably. If you are over 6′ tall you… Read more »

While loading groceries into the Climbing Cart it tipped over in the street and the plastic handle broke. The cost of a handle replacement is nearly the cost of a new Climbing Cart. Am very disappointed!!!!!! I am a 78 year old woman with COPD who can not afford to replace either the handle or the cart.